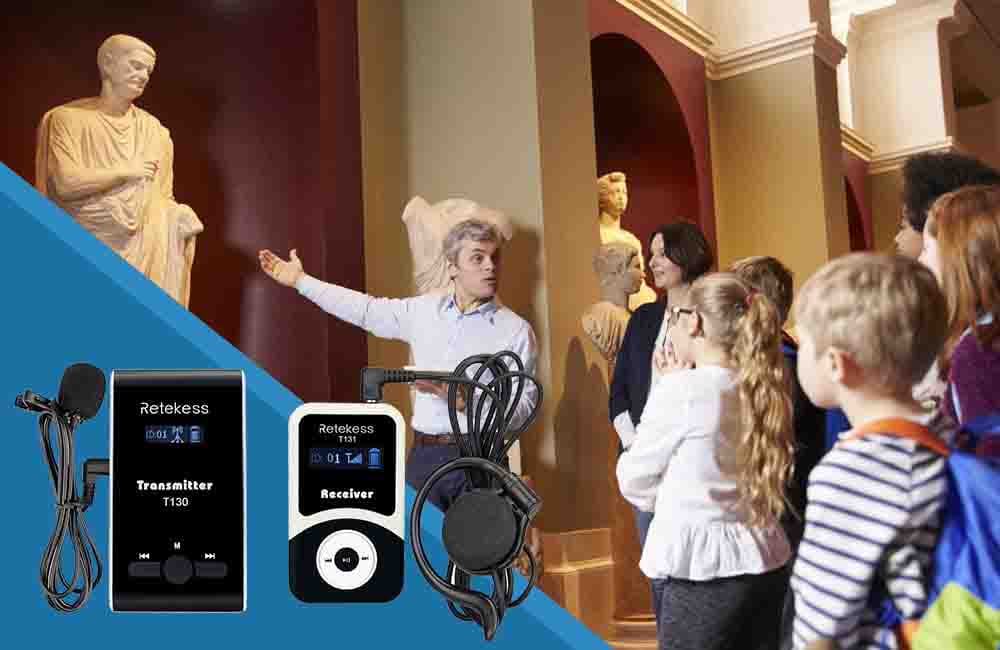 It is better to travel ten thousand miles than to read ten thousand books. People's desire for a nice trip and the demand for a great living environment are getting higher and higher. Against this background, tour guide systems for wireless communications began to appear and are constantly being optimized and advanced.

Functions of the tour guide systems for wireless communications

Multi-channel, dozens to thousands. Don't be surprised to see multiple teams using the same product in one space.

Long-range transmission. The longest distance reaches about 200m in an open area, which is already very good in the industry.

Rechargeable lithium battery. With 8 to 40 hours of use, there is no need to worry about a shutdown while an event is being held.

In addition, there are features such as adjusting the volume, anti-interference, one-touch power on, power off and mute. I believe that in the future, there will be more functionalities to meet us.

Roles of the tour guide systems for wireless communications

When audio guide systems first appeared, they were designed to allow visitors to hear the guide's voice, and at that time the common devices were mainly handheld microphones. But later, considering the hazards of noise, people began to use headphones to avoid noise pollution. It is also in this way that listeners have a clearer sound than before. In response,  wireless communication technology is being used more rapidly in guided tours. But now, besides tourism, it is also applied in silent meetings, simultaneous interpretation, and command training. A quiet meeting system is to solve the problem of time and space utilization. The participants can have more time to discuss and solve within the same space and time, thus improving the efficiency of work. Simultaneous interpretation systems break down the barriers of international communication using different languages. Of course, the help of an interpreter is required. The training tour system is to enhance the interaction between coaches and trainees. It is generally a two-way guide system. Students can always give feedback to the teacher on their status during training to reduce training risks. You will see it in factory tours and listening exams as well.

How much do you know about the current audio tour system? Welcome to leave comments and visit Retekess' tour guide audio system.

by Mia
How to Choose Watch Receiver Among Few Models?