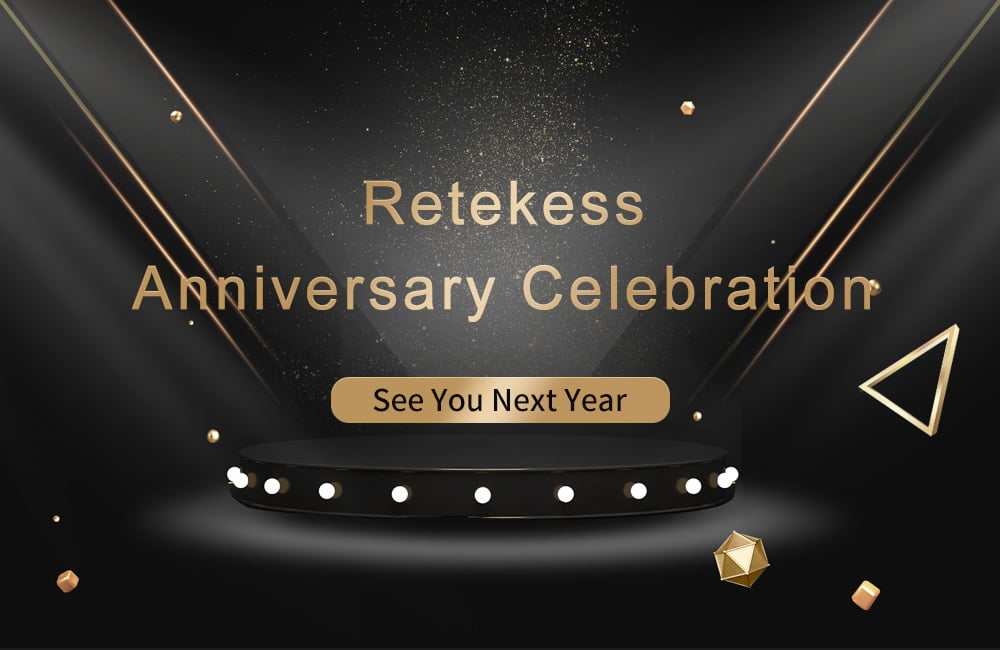 Retekess anniversary celebration has really come to an end. First of all, thank you very much to customers and friends who have been supporting Retekess. During the anniversary period, you forwarded dynamics to help us promote or directly placed orders to increase our sales. To be trusted by you sincerely is the happiest thing for us. Secondly, we would like to thank every member of the Retekess family.  We believe in each other, share the pain and suffering together, and help Retekess to embark on a better and better path. The following elaborates on the 2022 Retekesss anniversary celebration summary.

As of the early morning of August 16, we have statistics on sales for all products participating in this offer.

Among the coaster pager system, the TD156 Waterproof Pager System ranked first, followed by the TD183 and TD103. These have a common feature, they are all long range paging systems with 800m to 1,000m in open areas.

In the slim pager system, the top three are TD175 Affordable System, TD111, and TD112. In fact, we didn't do great deals for TD111 and TD112, but that can't stop customers from loving these two paging systems. Easy to set up and use is their biggest highlight.

Among the push for service are TD108 Watch Receiver, TD112, and TD136 respectively. It is hard to imagine that the TD108 will actually take the first place, with the name of the transmitter can be edited, will it be the most important for the customers?

In the tour guide systems, the T130 Tour Guide System is still the king of sales. There is a 3-digit sales difference between the TT122, which is in second place, and the former. To be honest, this is not the result we want, as the T130 basically occupies a monopoly position, overshadowing the other tour guide systems.

Can still get the Retekess anniversary offer?

Up to now, more than one guest has asked us this question. But unfortunately, the anniversary offer is really over. This is the biggest promotion that Retekess holds every year, only once a year, in July and August, and this year it officially ended in the early hours of August 16th. For those of you who did not participate in the event, firstly, we apologize, perhaps we did not let you know about the event in time. But please don't get frustrated, we have small offers every month. If you are interested, you can follow our Promotions, Monthly Offers are coming soon.

Let bygones be bygones, life is always about moving forward. Don't miss the past, live in the present, and don't fear the future!

by Mia
Which Industry Do the Two Way Communication System ...

by Jerry
What Does the Call Waiter Button bring?